Move over Usher, there’s a new swag master in town – Johannesburg born Hip-Hop dancer Tumi Trent Tladi has taken the International Entertainment Industry by storm with his unique dance moves. Now Tladi is hitting 2015 with a bang as he’s about to explode onto the music industry with his debut single CD and video album titled Punchline.

The Music Video Media Launch will be held on Wednesday, January 28 at Cantare in Montecasino, Johannesburg at 7pm.

Tladi, 23, the son of one of SA’s leading Music promoters, Businessman and Entertainment guru Peter Tladi, teamed up with dancer Costa Titch, 20, to release this single directed by upcoming production team, Blvck Umbrella under the T.Musicman Label – which is part of Tladi’s father’s Joy of Jazz company.

Known for their vibrant dance moves Tladi and Titch – who have their own extraordinary style of choreography called Swimming Pool – have added live rap to their performance. Incorporating the skills of local rapper Moz Kidd, 17, Punchline has become one of the favourites at clubs and has found itself in the league of Chris Brown’s Loya and Kid Ink’s Show Me.

“This single is about making use of your entrepreneurial skills and how we use our talents as dancers and singers to make a living. One of the lines in the song is ‘we want your money’ – there is no shame in being honest and we hope to encourage others to do the same. Our music is motivational and we want young people to do the right thing and follow their dreams,” Tladi said.

Tladi has also incorporated club DJ, The Vinyl Kid – Asad Abrahams into his music video to spice things up. “The Vinyl Kid” is also his Official Performance DJ.

Tladi, who is also an Ambassador for Adidas and Red Bull, has shared the stage with International Entertainment Greats. He stole the show while doing a music video for Hollywood actor and singer, Will Smith and actress Jada Pinkett Smith’s children Willow and Jaden in 2012. He has also performed with British singer Joan Armatrading and danced at the Idols SA 2011 as well as the MK Awards – performing as part of the coveted L.A Carnival. A Choreographer who is dancing his way to the top, Tladi has the world at his tapping feet. His unique blend of South African style dance moves, fused with his International experience in the art, has earned him the respect and appreciation as one of the best Choreographers in the world.

The Public Music Video Launch will be on Friday the 6th of Feb, hosted by #HashTag Productions at Cocoon Lounge in Sandton.

Issued by JT Communication Solutions on behalf of Tumi Tladi

Tumi Trent Tladi started dancing at the age of 11 and received his formal training at DanceWeb Studios. He was trained, mentored and employed by Craig Bullock, CEO of DanceWeb. He made his debut as a dancer in a music video with television presenter Seipati Twasa’s on the popular Jam Alley. Tladi’s occupation and skills include: choreographer, performer, trainer, film projects, director and video editor. 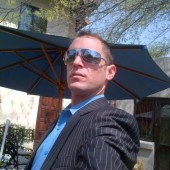 KEEP TALKING AND NO ONE EXPLODES (PewDiePie Animated) GRASSY SPARK TO OPEN FOR UB40