Record-breaking chocolate art at the SA Sweet and Snack Expo Record-breaking chocolate art at the SA Sweet and Snack Expo


Sweet treats and confectionery delights, decadent chocolate, the newest and most delectable global taste trends, and even some savory surprises: No, it isn’t a mythical storybook chocolate factory but rather, the SA Sweet and Snack Expo, where everything indulgent and delicious will be gathered under the Coca Cola dome from the 11th to the 13th of April 2014.

This exciting expo will not only feature tasty treats to tantalize your palate but will also be hosting a range of sweet competitions, open to all aspiring bakers and chefs. From a candy sculpture competition, to sugar art, sweet, cake and cupcake competitions, anyone who loves to create sweet treats can bring their efforts to be judged.

Details and entry forms are available on www.thesweetcandyfair.co.za/competition.php To add to the thrills of the event, there will be two world record attempts during the expo, both of them attempted by Chef Nicolas D. van der Walt, the young pastry chef at the FBI Chef School and Patisserie Academy and patisseire extraordinaire.This incredible South African talent grew up in the Karoo, where he learnt the art of dessert making from watching his grandmother make delicious local treats like fudge and koeksisters. He soon developed his passion for crafting beautiful and delicate confections, such as sugar flowers for wedding cakes, and was even featured in a local magazine as the rugby-playing cake-baker!

Nicholas pursued his dream and studied hotel management, then trained under top patisserie Chef Linda Kotze at the Park Hyatt. After winning a gold medal on the Junior SA culinary Team in Holland, he worked at the Savoy in London, but soon decided to bring his enthusiasm and skills home to SA again. He won numerous awards and has worked in the most prestigious hotels across the country but is now the co-owner and operations director of the FBI Chef School and Pastry Academy, in partnership with Chef Kevin Gericke, Chef Lesley Jacobs, Chef Jade and Leigh van Straaten. At the SA Sweet and Snack Expo, Nicholas will be attempting to gain two world records, one for the largest edible chocolate painting in the world and one for the smallest. The large painting will be 3m x 1.9m and will take approximately two weeks to construct, made from a paste of chocolate, glucose, food colourant and much creative skill and technique. 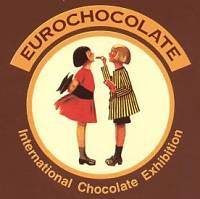 Sponsored by Eurochoc Confectionary, Rolkem and M&M Quality Choice . The painting will be made using different techniques such as modelling, carving, airbrushing and dry brush painting, all to create a Global Warming themed-3D mouth-watering chocolate masterpiece. The smallest chocolate painting in the world will be a replica of the large one, the size of a rice grain, which will be made live at the expo in front of the audience. This amazing feat will be completed as Nicholas works through a magnifying glass to create the tiny treat. For more on what other fabulous and flavoursome surprises to expect at the SA Sweet and Snack Expo, contact details, or information on how to book tickets, go to http://thesweetcandyfair.co.za/registration.php
Philippa Harvey
Director  |  Mobile: 072 879 4077  |
philippa@harveyfox.co.za